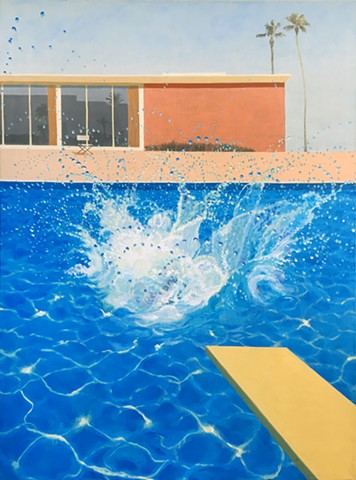 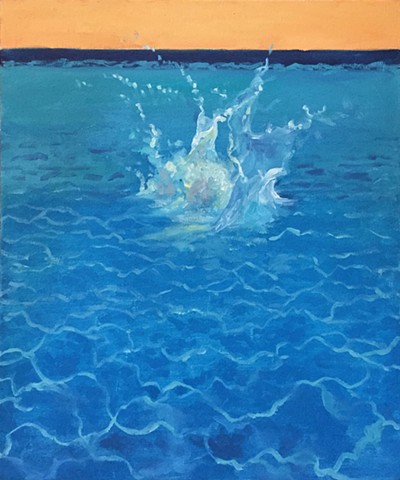 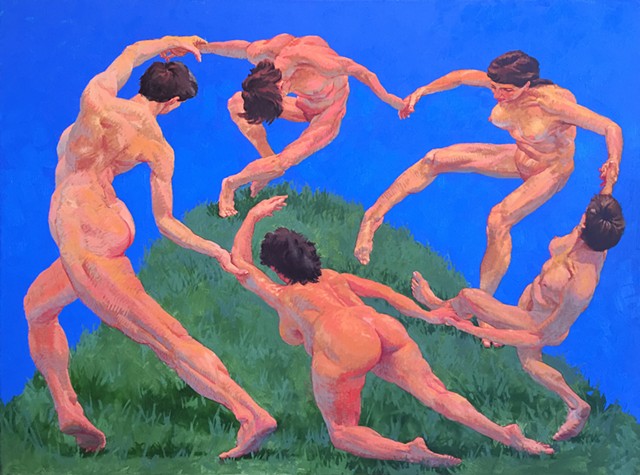 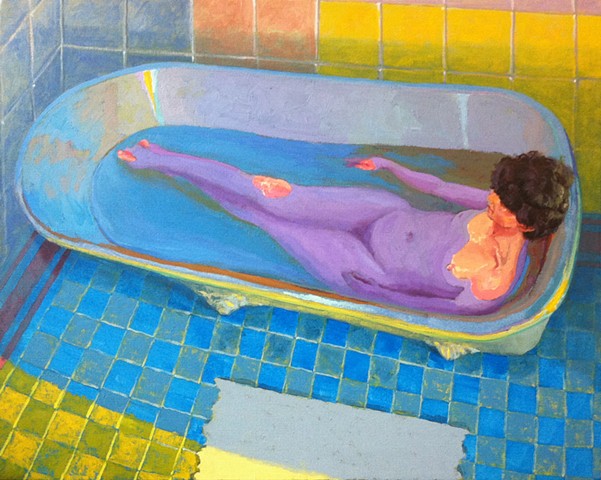 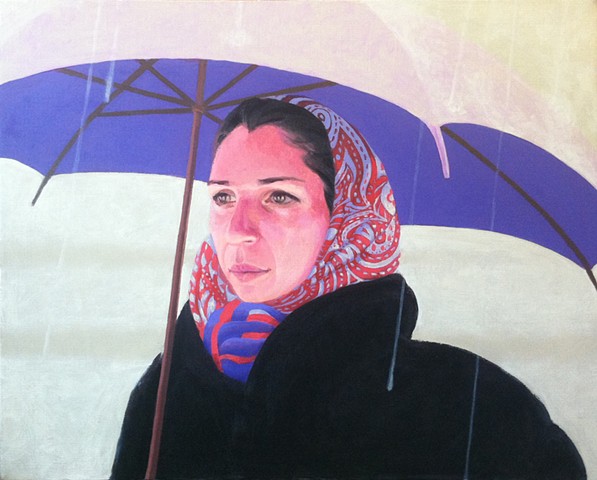 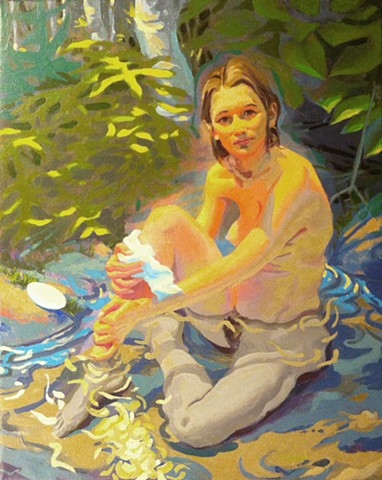 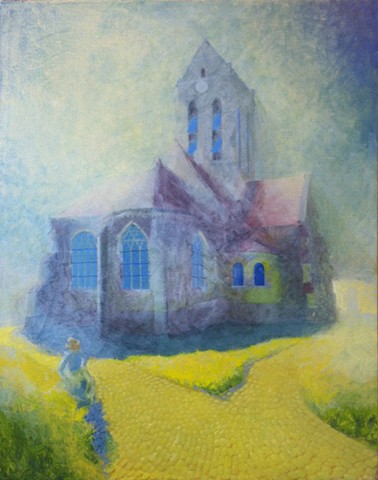 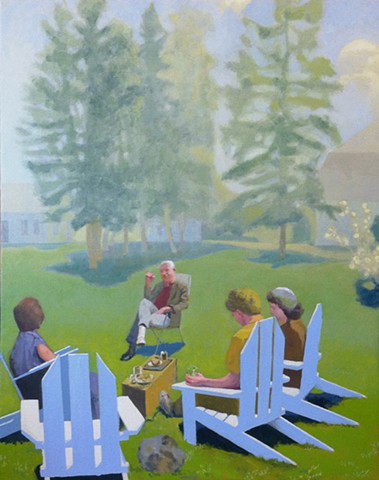 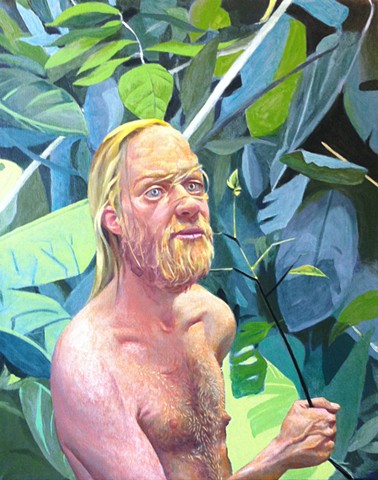 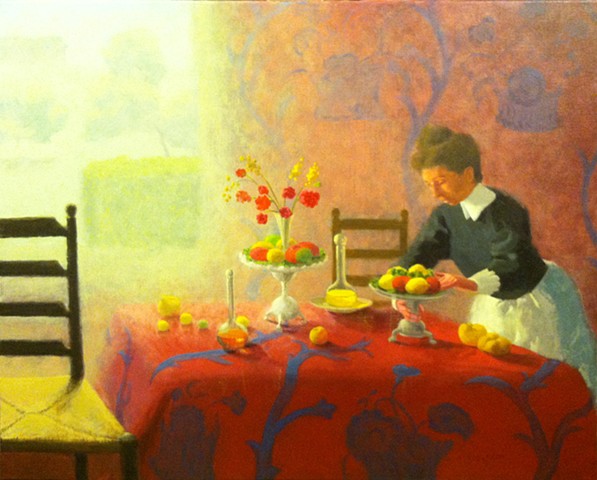 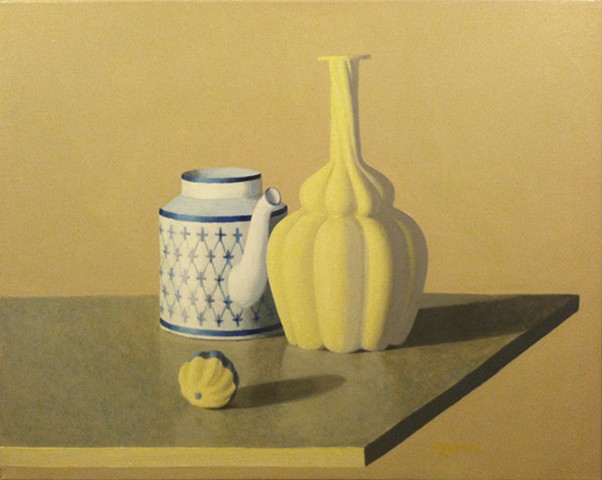 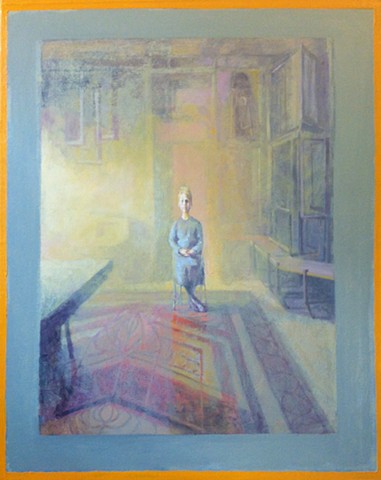 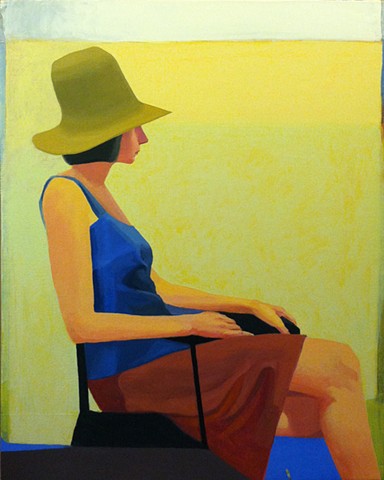 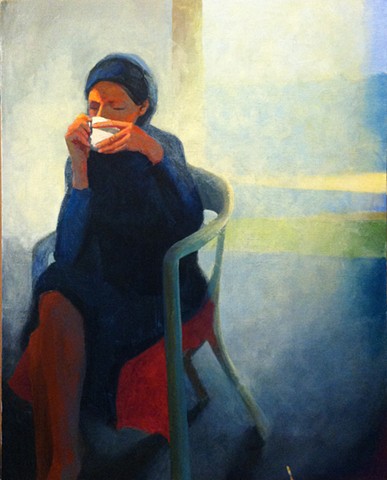 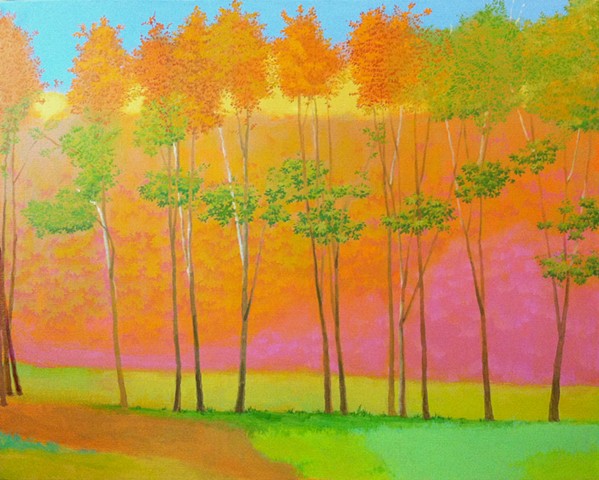 Artist’s Statement "In the spirit of the luddism that a handful of my students display by unreasonably dismissing non-realist Great Works of the 20th and 21st Centuries as fraudulent, I’ve taken it upon myself to “finish” loosely or primitively made paintings that happen to already be just fine the way they are. By forcing these Great Works through my own more realistic aesthetic--which I call the Kyle Stevenson Filter--I ironically mimic these students’ willful presumptions. This also allows me to work with predetermined color palettes and compositions that I already admire. The results of my impertinence make pretty interesting hybridized paintings which may or may not be Art, but do make some pretty pictures."

Thus reads the Statement that I prepared for this exhibition. It mostly covers what my reasons are for making these paintings, but I feel I need to expound just a bit more on stuff that might seem a little cryptic. It’s a well-known tendency for many young artists to dismiss ideas or aesthetics that they don’t immediately “get.” It’s easy to respect and (rightly) admire the work of the Old Masters because they are easily accessible to those who aren’t steeped in the academic art world, plus the degree of difficulty is clearly evident to most, making them not only accessible but impressive. There is a large section of the art world today that emulates the work of our pre-20th Century artistic forbears, often called Classical Realism. I certainly admire the skill of its best practitioners, but there’s also a tendency of those that follow it to despise the work of artists that don’t subscribe to the same aesthetic goals. The writings of the champions of Classical Realism are often packed with hyperbolic language about the deficiencies of Modernism and Post-Modernism, claiming that for 120 years the emperor has effectively had no clothes save for those intrepid few that have kept realism alive. Some college students are seduced by this redpill/ bluepill language suggesting a heroic struggle against The Man. As a predominantly realist painter, however, I don’t subscribe to the same all-or-nothing attitude toward Modernism and Post-Modernism. A handful of 20th Century greats are maybe a bit overhyped, but I certainly wouldn’t paint all Modernists with the same brush (as it were). My definition of great painting is much broader than what a certain specific skill set demands. While I accept that many Great Modernists simply couldn’t be Classical Realists if they wanted to, their different set of skills made work that was no less skillful and profound. My work here pokes fun at the simplistic attitude described above, making new paintings out of old ones that now follow many of the rules that a classical realist (or a Painting I professor) might claim are “right.” The irony is that in many of the works chosen for my treatment, the profundity of the original work came in the manner in which the artist broke the rules, and one could argue that by bringing the compositions into the realm of conventional acceptance by the classical realism set it ultimately makes for bad paintings. One could argue that, but I don’t. I rather like these paintings, not because they’re conventional, but because their colors and compositions rock! When Jimi covered a Dylan song, it wasn’t Jimi improving on Dylan; he was simply making it his own. -Kyle Stevenson May, 2016